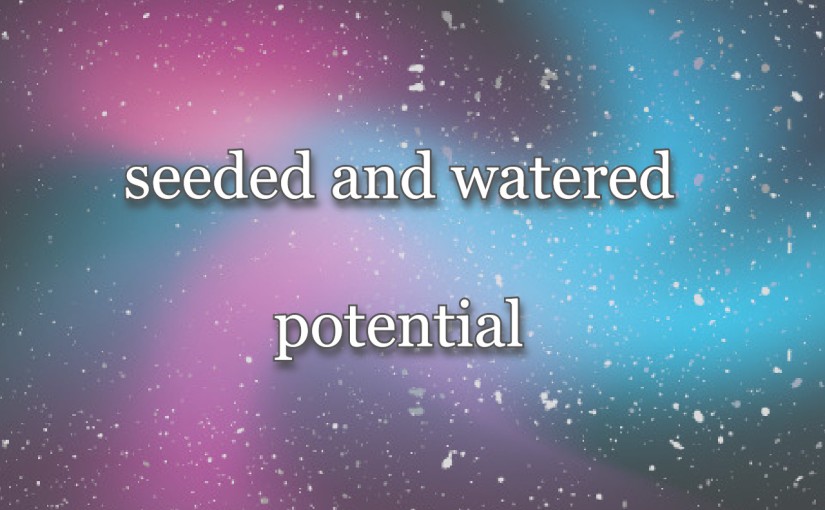 A few nights ago, after work, I settled down to write an email to my manager—a short reply. However, as often is found on such occasions, not necessarily a quickie.

Initially, as I responded, two realizations clarified my requirements:

Hence, I abandoned my initial fire-quashing mental stance and reverted to reality.

There is a perceivable point of no return in writing, where a writer had expected to be about done, but suddenly realizes the true task at hand and accepts it matter-of-factly.

The simple act of writing itself had shifted my reasoning into a more perceptive place. I copied my email content thus far, pasted it to a word processing page, then sent my unofficial reply:

Then, leaving progress windows1 open, I went to the kitchen for a cup of coffee and then I puttered around the house making myself ready for work the next day in all the usual, mundane ways.

Later, with nothing left for distraction and back at the computer (while watching some evening television), my spouse asks what I’m working on and I say, “that email I told you about . . . just a short response”.

“If it’s ‘just a short response’, then why are you still working on it?”

“Well, it just takes some time to ensure that it is exactly what it should be before I send it on.”

He nodded. He had known, of course.

To convey an idea or perception, with least opportunity for misunderstanding and error, it will often require more time than one initially thinks.

It hardly matters what someone is writing: the content of the message should be given a significantly longer term of thought than in speech. The length of this term is variable and could run well beyond what one might predict.

Writing is, after all, meant to expand understanding and enhance communication.

Humans have continually “altered and enriched writing to reflect their complicated needs and desires.”

There are those times and circumstances in which we all let our guards down, perhaps in a fit of [perceived] ‘truth’ or during a moment of relaxation in which we feel free to think out loud. In the past, though, we’d do this kind of thinking—essentially brainstorming—in a private notepad.

We’d storm up our ideas, then freewrite and outline. Then, and only then, a first draft would appear! At this point, someone else might have seen it and offered input . . . but often not.

That kind of fast freewriting was, is, primarily for our personal use: an exercise meant to develop a final result. Today, however, we have a wide variety of other writing tools which routinely succumb to a freewrite style of broadcasting information. Many of these types of articles, updates, etc., are valid pieces of good or adequate writing needed in today’s modern, inclusive, environment. Such input can help to bring us—the group, readers—to consensus, or at least greater elemental understanding that could lead to consensus, or next steps.

Most times, though, it’s as they say:

“A lot of time” is what a writer ultimately needs, to contribute their best work.

Think of Twitter, or texting, for example. Even in these quickie-communication scenarios, we don’t usually just spit out a final message. Instead, we typically start, backspace, think, start again. We might even ‘set it down’ and come back to it later . . . but only if we are super-strategic.

“When a memo isn’t great, it’s not the writer’s inability to recognize the high standard,” Bezos explains. Instead, the problem is “a wrong expectation on scope: they mistakenly believe a high-standards, six-page memo can be written in one or two days or even a few hours, when really it might take a week or more.

The Brutal Truth You Must Accept to Write Well, According to Jeff Bezos | Inc.com

As casual readers, much of the content we receive today is made of words and pastes of words laid down in an initial, free-association style of writing without much (sometimes without any) traditional research beforehand. Form updates aside, ‘news’ is published at an astonishing rate on a number of different types of platforms with variance in journalistic requirements. This is but one broad example we may encounter each day.

To move beyond informative work and write effectively, a writer must address—as Bezos suggests—scope, which involves understanding of relational elements.

Writing in scope2, we move beyond standard requirements such as formatting. We exhibit knowledge of areas and people involved, including the extents of subject matter relevant to practices and issues, and we understand where opportunity lies in possibility, and under limitation.

We should always be on guard when it comes to those “simple replies” and cut-and-paste tactics we casually undertake. We must consider, what is our best approach?

Photo by bruce mars on Unsplash

Another version of the poem Us, As One.
Feel free to comment which one you prefer . . . I’d love to know!